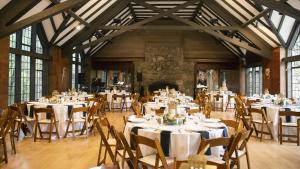 Join us for an evening in the beautiful Brazilian Room. Each of this year's Wedding Fairs will be unique as vendors curate their displays to feature a different theme. Discover our magnificent caterers, and meet our preferred bakers, DJs, event planners, floral designers, photographers and more.

Free admission to the Wedding Fair with registration. 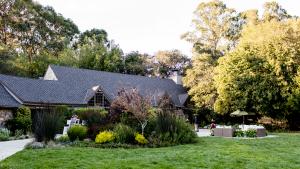 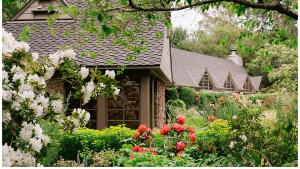 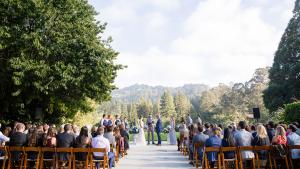 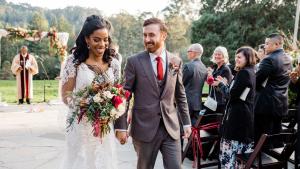 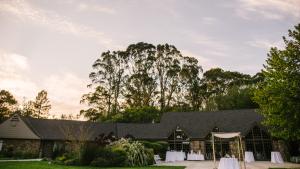 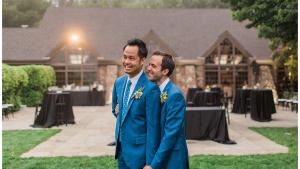 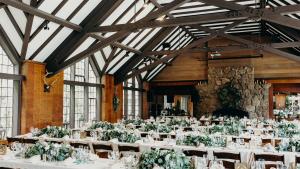 The Brazilian Room derives its name from its rich hardwood paneling (Jacaranda, Imbuya, Brazilian Chestnut and Mahogany) that was once part of the Brazilian Pavilion at the 1939 Golden Gate International Exhibition on Treasure Island in the San Francisco Bay that showcased the commerce and culture of the country of Brazil. When the exposition ended, the Brazil Building was presented to the newly-formed East Bay Regional Park District as a gift of friendship from the Brazilian government.

The exterior of the original building was perishable so the Works Progress Administration (WPA) built a new, English-style permanent exterior in Tilden Regional Park, one of the three inaugural regional parks, combining local rock and timber with the beautiful hardwood wall paneling from Brazil. The building was dedicated in 1941 and remodeled extensively in 1965. The Brazilian Room is currently a popular site for weddings, parties and business retreats.

The Brazilian Room (Building) is located in Tilden Regional Park, Berkeley, on Wildcat Canyon at the intersection of Shasta Road.

To make an appointment for a tour of any of the event venues - Brazilian Room, Fern Cottage, Shoreline Center, or Temescal Beach House - please call our office at 510-544-3164.

Learn more about hosting your event at our beautiful and unique rental facilities. 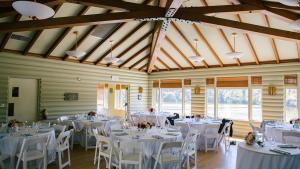 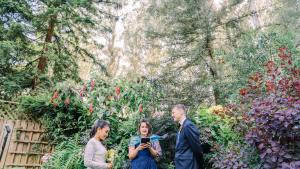 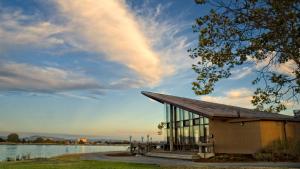 Check out our other Event Venues! 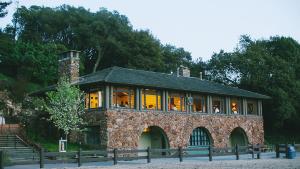 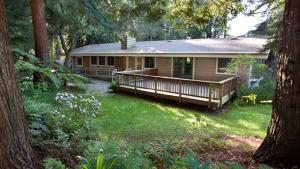 A mid-Century waterfront venue with views of the San Leandro Bay and East Bay Hills located at the Martin Luther King Jr. Regional Shoreline. Currently closed until further notice due to construction.