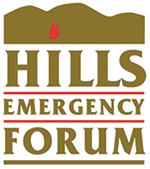 We are members of the Hills Emergency Forum (HEF),  a collaboration of fire departments and public governing agencies working together to assess, prevent/mitigate, prepare and respond to fires in the East Bay hills.

The Hills Emergency Forum (HEF) was first formed in October of 1993 as a collaboration of local governing agencies in the Oakland-Berkeley hills. Over the past 25 years, we have successfully built interagency consensus on the development of fire safety standards and codes, incident response and management protocols, public education programs, multi-jurisdictional training, and fuels reduction strategies.

2021 marked the 30th anniversary of the devastating October 21, 1991, Tunnel Fire/Oakland Hills Firestorm where 25 people lost their lives and over 2,800 structures were destroyed. This fire provided the impetus for the development of the Hills Emergency Forum. However, it was not the first major urban-wildland intermix fire in this region. Historically the East Bay has proven prone to wildland fire. The area’s recorded fire history shows 14 major fires since the first fire documented in 1923. When mapped it becomes apparent that the fires often reoccur in the same general areas and show similar environmental conditions.

El Cerrito/Kensington Fire Department has developed a partnership with CAL FIRE and their CDCR crews. This partnership has been instrumental in the maintenance of crucial fire fuel reduction zones between their Natural Area Parks and the neighborhood interface zones surrounding these parks. This relationship has been so effective that El Cerrito/Kensington Fire Department has expanded the program and the partnership with East Bay Regional Park District to maintain the existing fire fuel reductions zones along the miles of parkland urban interface with the City of El Cerrito and the Community of Kensington. (510) 215-4450.

City of Berkeley Fire Department annually inspects over 1,000 parcels in designated high-fire risk zones for hazards such as excess vegetation. This year due to the excessive vegetation cover City of Berkeley included the inspection of 330 additional parcels with no additional staffing. The Fire Department also conducts complaint-driven inspections throughout the City. Residents must clear combustible brush and vegetation adjacent to building property lines and roadsides. Tree branches must be cleared from any chimney, stovepipe, or overhang over a building. All leaves, needles, and dead vegetation must be swept from roofs. This program is operated in cooperation with the East Bay Regional Park District, which has programs to reduce combustible material in the wildland-urban interface zone on its property adjacent to Berkeley residences and roadways. (510) 981-3473.

City of Oakland Fire Department Fire Prevention Bureau staffs a Vegetation Management Unit specifically for the wildland-urban interface (WUI) areas of the city. This unit consists of four Inspectors and one Supervisor. The unit is responsible for overseeing and maintaining the records of over 21,000 residential inspections and 4,000 vacant lot parcels within the WUI area. They also manage over 1,300 acres of park lands and open space. This area comprises 10,590 acres, approximately 16.5 square miles with over 300 miles of interior roadways. (510) 238-3851. 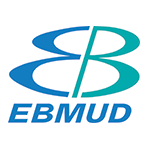 East Bay Municipal Utility District (EBMUD) manages vegetation to reduce fuel loading on 20 acres along the Oakland/Berkeley watershed interface. Combined management tactics, including herded goats, mechanical mowing and hand labor, were used to reduce fuel loading and enhance native plant populations. A volunteer group continues to assist with removing and reducing noxious weeds to enhance the growth of diverse and abundant native plant species throughout the fuel treatment area. With support from CAL FIRE conservation crews, EBMUD Rangers removed 265 aged Monterey Pine trees and burned 324 brush piles on the east side of San Pablo Reservoir. EBMUD and PG&E completed a collaborative two-year vegetation reduction project under and around their transmission towers and lines on EBMUD watershed lands. Trees and brush were pruned, removed, and all the overgrown vegetation from previous years of maintenance was chipped and scattered. (866) 403-2683.

University of California, Berkeley (UCB) continues to work with its Fire Mitigation Committee to plan and implement fire hazard reduction projects in the Hill Campus. UCB has focused on defensible space and maintenance while planning the implementation of future projects. UCB also has managed, extended and improved its 8-mile trail network, cleared roadsides, turnouts and neighborhood interface zones with contract crews. In 2017 and 2018, 200 volunteers from the UC Berkeley Forestry Club planted approximately 100 pine and oaks to reforest “tightwad hill” located above
the stadium. Aged trees had been removed in the prior year for fire prevention. (510) 642-3734.

Lawrence Berkeley National Laboratory (LBNL) has completed all of the recommendations in its previous 10-year Wildland Fire Plan. The Lab is expanding their fire protection program. A new fire management plan was completed to comply with federal requirements. LBNL continues to maintain their property using goat herds and hand-labor to reduce annual fuel loads. (510) 486-4000.

Moraga Orinda Fire Protection District and the Town of Moraga, in partnership with CAL FIRE and Diablo Fire Safe Council, utilized a conservation crew for a project on Mulholland Ridge in Moraga. The crew removed brush, cut dead trees and limbed up branches of aged Monterey Pine trees along the old ridge top roadway. (925) 258-4599.