Located along Oakland’s waterfront at the foot of the eastern span of the San Francisco-Oakland Bay Bridge, this regional shoreline provides spectacular vistas of the San Francisco Bay and city skylines. This 22.47-acre park is named in honor of Judge John Sutter, a former East Bay Regional Park District Director and visionary, who in 1967 proposed a park at this site for public recreation and access. He was the president and a founding member of Citizens for Regional Recreation and Parks. 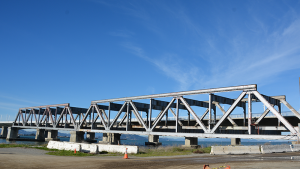 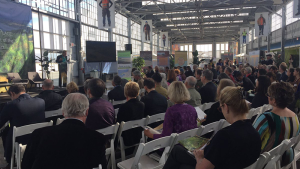 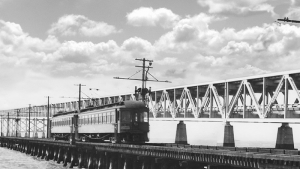 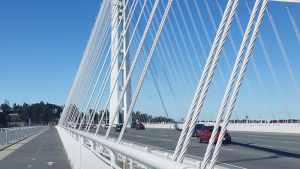 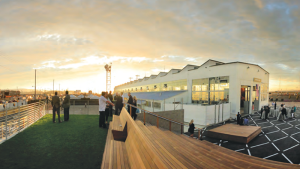 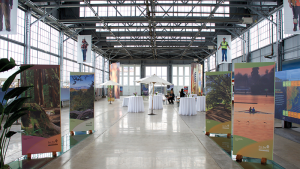 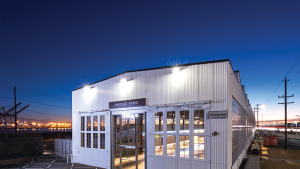 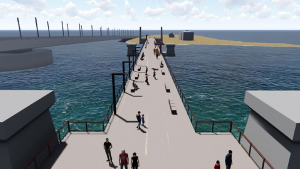 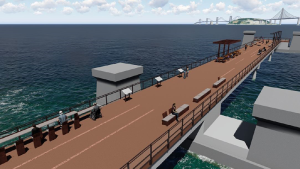 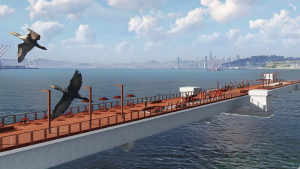 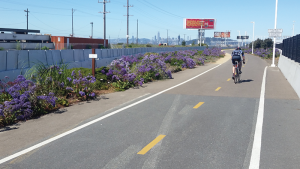 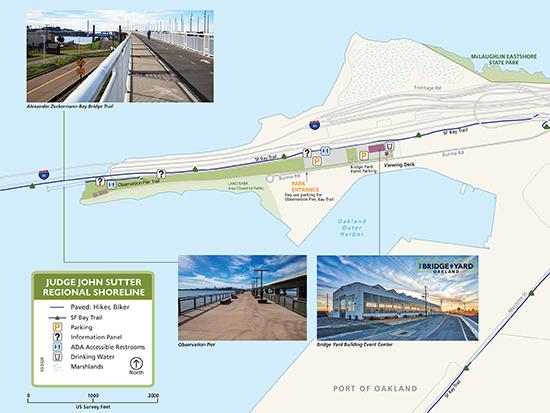 The newly-renovated Bridge Yard Building, previously known as the Interurban Electric Railway Bridge Yard Shop (IERBYS) Building, is a 24,000-square-foot, 1930s-era industrial building that will serve as the recreational anchor for the park, with interpretive and recreational programming, concessionaires (food/dining, equipment rental, etc.), and event space.

The Bridge Yard building and its facilities are available for rent.
For additional information on reserving the Bridge Yard Building for an event:
Call (510) 274-1282 or e-mail events@thebridgeyard.com. » TheBridgeYard.com

This park is rich in the transportation history of the East Bay. The historic electric railway Key System operated on a trestle between 1903 and 1958, and carried passengers to a ferry terminal to go across the bay between the East Bay and San Francisco. A substation at the site provided electrical power to the trains which carried 36.4 million passengers in 1945. The historic Bridge Yard Building, previously known as the Interurban Electric Railway Bridge Yard Shop Building, was a maintenance facility for the trains. The California Department of Transportation (Caltrans) recently restored this 1930s-era building and leased it to the Park District in 2017 for incorporation into the shoreline park.

In 1941, the Oakland Army Base was established at the site as a transportation port and distribution terminal for the Department of the Army. For almost 60 years, the base served as a crucial point of embarkation for the entry and return of supplies, equipment, and thousands of soldiers to World War II, the Korean War, the Vietnam War,
Operations Desert Shield, and Desert Storm. The base was decommissioned and closed in 1999.

Bridge Yard Building – This iconic building serves as an activity hub and venue for events and conferences, including public events. A nearby day-use parking area provides direct and easy access to the pedestrian/bike path to the Bay Bridge, and to the observation pier. » TheBridgeYard.com

Observation Pier – Caltrans built a viewing platform using existing foundations from the old Bay Bridge. The pier provides public waterfront access with unique views of the bay and the bridge, as well as Port of Oakland shipping and industrial activities.

Alexander Zuckermann Bay Bridge Trail – This popular trail opened to pedestrians and cyclists in October 2016 and was named in honor of the late East Bay Bicycle Coalition founder and Bay Bridge Trail advocate. The trail extends over four miles from Emeryville to Yerba Buena Island. 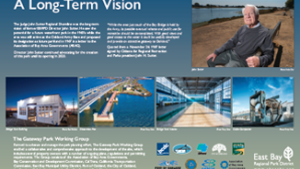 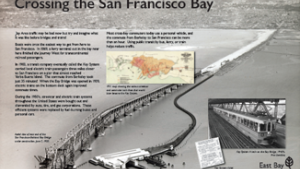 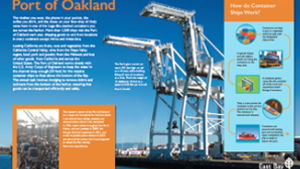 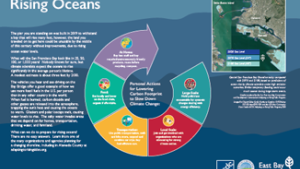 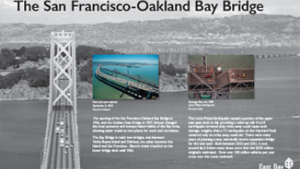 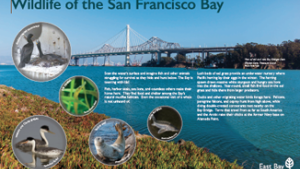 Wildlife of the San Francisco Bay