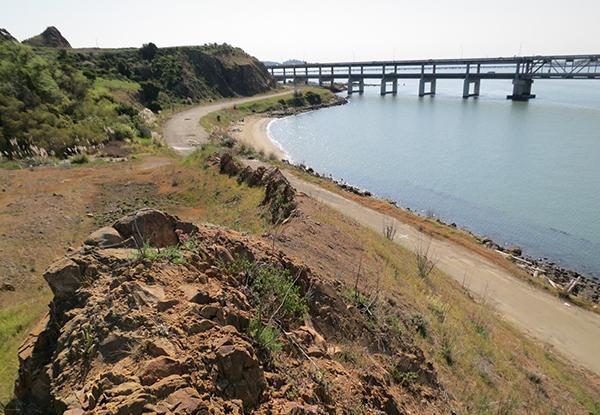 The Project consists of the construction of a 2.5-mile non-motorized bike and pedestrian trail along the shoreline of Point Molate. The project will provide first-time public access to this area of the San Francisco Bay shoreline and set the stage for future recreation and enhancements on the Point San Pablo peninsula. The trail is comprised of two segments; Bridge to Beach, which will connect the bike/pedestrian trail over the Richmond-San Rafael (RSR) bridge to the Point Molate Beach Park via a surface easement granted to the Park District by Chevron Corporation, and Beach to Winehaven which will continue from the beach park to the historic Winehaven District through the former Naval Fuel Depot on property owned by the City of Richmond (City). The project is managed by the Park District in close partnership with the City. 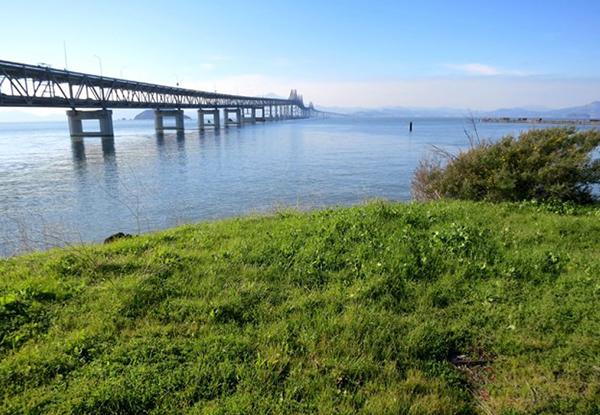 The trail will be constructed in a previously disturbed area that coincides with or is adjacent to the old Richmond Belt Railway corridor. This area is rich in cultural and natural history and features such as the former Richmond Ferry, the Winehaven District, and the native coastal prairie, which will be highlighted and interpreted as part of the project. Park District staff are also working with the Chinese Historical Society of America to provide educational information and opportunities about the Chinese Shrimp Camp that occupied the area currently known as Point Molate Beach Park.

The trail will be 10 feet wide with a 5-foot soft shoulder on the shoreline side. Boardwalks will be constructed in two areas to avoid impacts to wetlands. 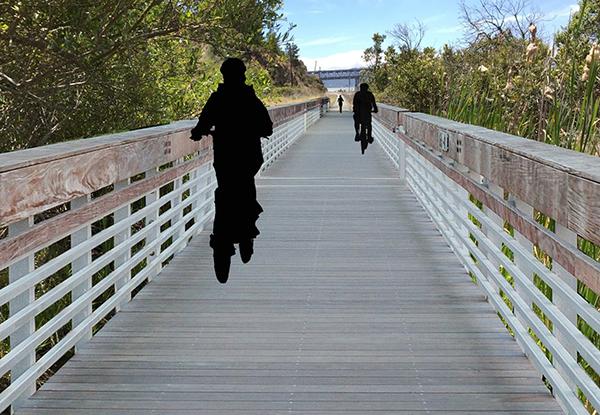 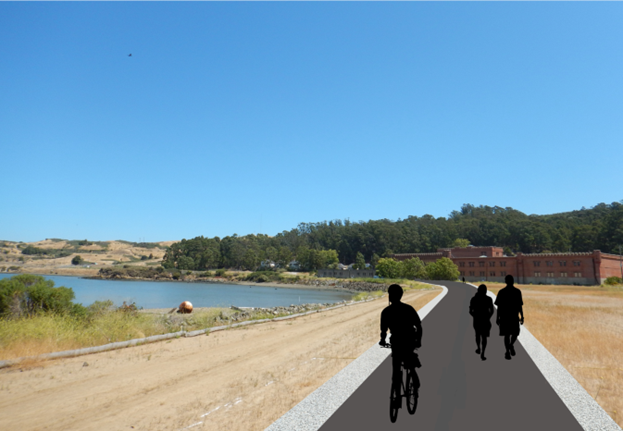 A Mitigated Negative Declaration was adopted by the Park District’s Board of Directors in May 2018, and the final design will be complete in the fall of 2022. Construction of the trail is expected to begin in spring 2023. The trail is anticipated to be open to the public in spring 2024. 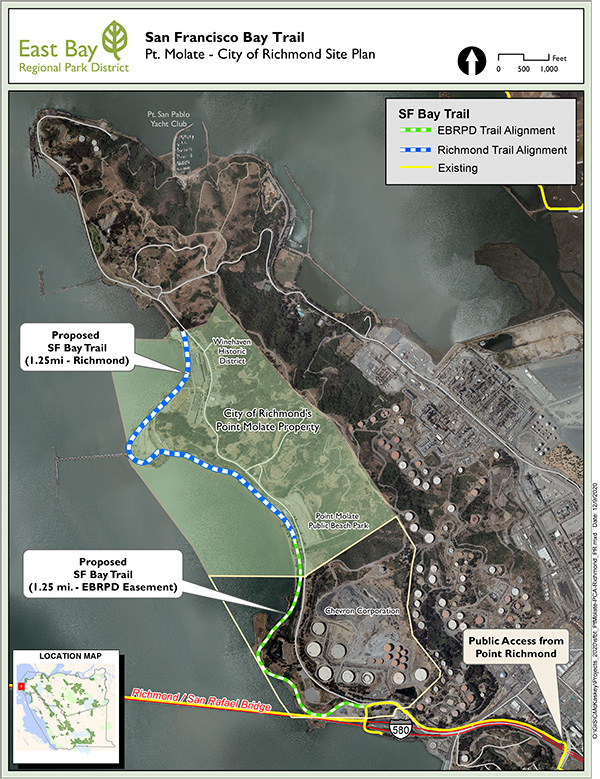