Sycamore Valley is open; however, the Shady Slope Trail is closed due to mudslides. Updated 1/20/2023. 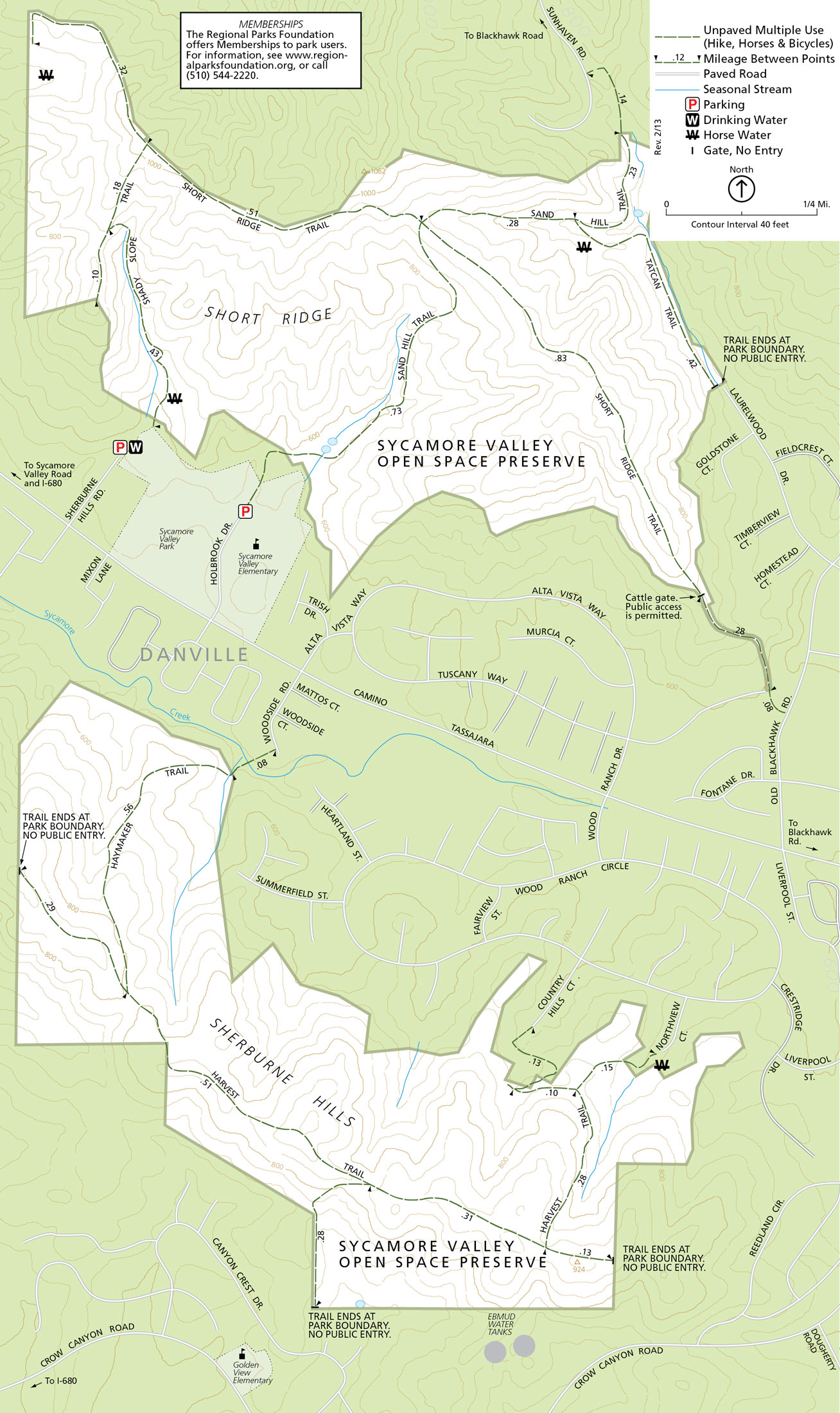 Due to steep grade, the trails are generally not suitable for wheelchair users. The Sycamore Valley Park parking lot on Sherburne Hills Road has wheelchair accessible toilets, drinking fountains and parking spaces.

The Bay Miwok Tatcan tribe inhabited the Sycamore Valley when, in 1772, Fr. Juan Crespi with an expedition led by Captain Pedro Fages, noted the good quality of the land in the San Ramon Valley and considered it a good location for a Franciscan mission. The mission was ultimately located in present-day Fremont, and the San Ramon valley was utilized as grazing land. By 1850 the first Anglo-Americans had arrived to farm the valley. Since the main road between Mission San Jose and the State Capitol in Benicia ran through the San Ramon Valley, businesses were encouraged to establish in the area. Throughout the last half of the 1800s, Sycamore Valley farmers established the area as a productive agricultural region.

The first American settler in the vicinity of today's Preserve is recorded as Leonard Eddy in 1850. But in 1862 the Wood family began a farm and over five generations came to own and farm most of what is the Preserve today. By the end of the twentieth century Sycamore Valley land use had converted to housing. Much of the hilly ridge lands, including the Preserve, was dedicated for open space preserves. The 328-acre southern portion of the Preserve known as the Sherburne Hills unit, located south of Camino Tassajara, was acquired by the Park District in 1989. In 1998 the District acquired 255 acres north of Camino Tassajara from the Town of Danville, and an additional 106 acres from Wood Ranch developers, bringing the Preserve's northern Short Ridge Unit to 361 acres. Today, the total acreage of Sycamore Valley is approximately 696 acres.