The journey is as scenic as the destination at Point Pinole Regional Shoreline, a 2,432-acre parkland right next to densely populated Pinole, Richmond, and San Pablo. Trails lead through breezy meadows with wildflowers in season, through aromatic eucalyptus woods, or along bluffs and beaches on San Pablo Bay.

There are beautiful views of Mt. Tamalpais, the Marin shoreline, and San Pablo Bay with its sailboat and shipping traffic.

In April 2017, the Park District completed major restoration and public access enhancements to this popular park, including the Dotson Family Marsh, the Atlas Road Bridge, and a 1.5 mile raised extension to the Bay Trail.

NOTE: Dogs limit to 3 dogs per person. No commercial dog walking trails are available. Dogs are not allowed on the shuttle or on the pier.

The District opened a new park entrance at the end of Atlas Road. The entrance, which comprises a vehicle and ADA-compliant pedestrian bridge over railroad tracks, provides visitors with safe access to the park. The entrance leads to a new ADA-accessible parking area, picnic sites and restrooms. Future plans for this area include a park office and service yard and the route to a new park visitor center

The Dotson Family Marsh (formerly Breuner) underwent major habitat restoration and climate adaptation management to mitigate sea level rise, coastal and inland flooding. The restored marsh has been renamed in honor of the Dotson family, longtime residents of adjacent Parchester Village, for their environmental legacy to save the Richmond shoreline from development 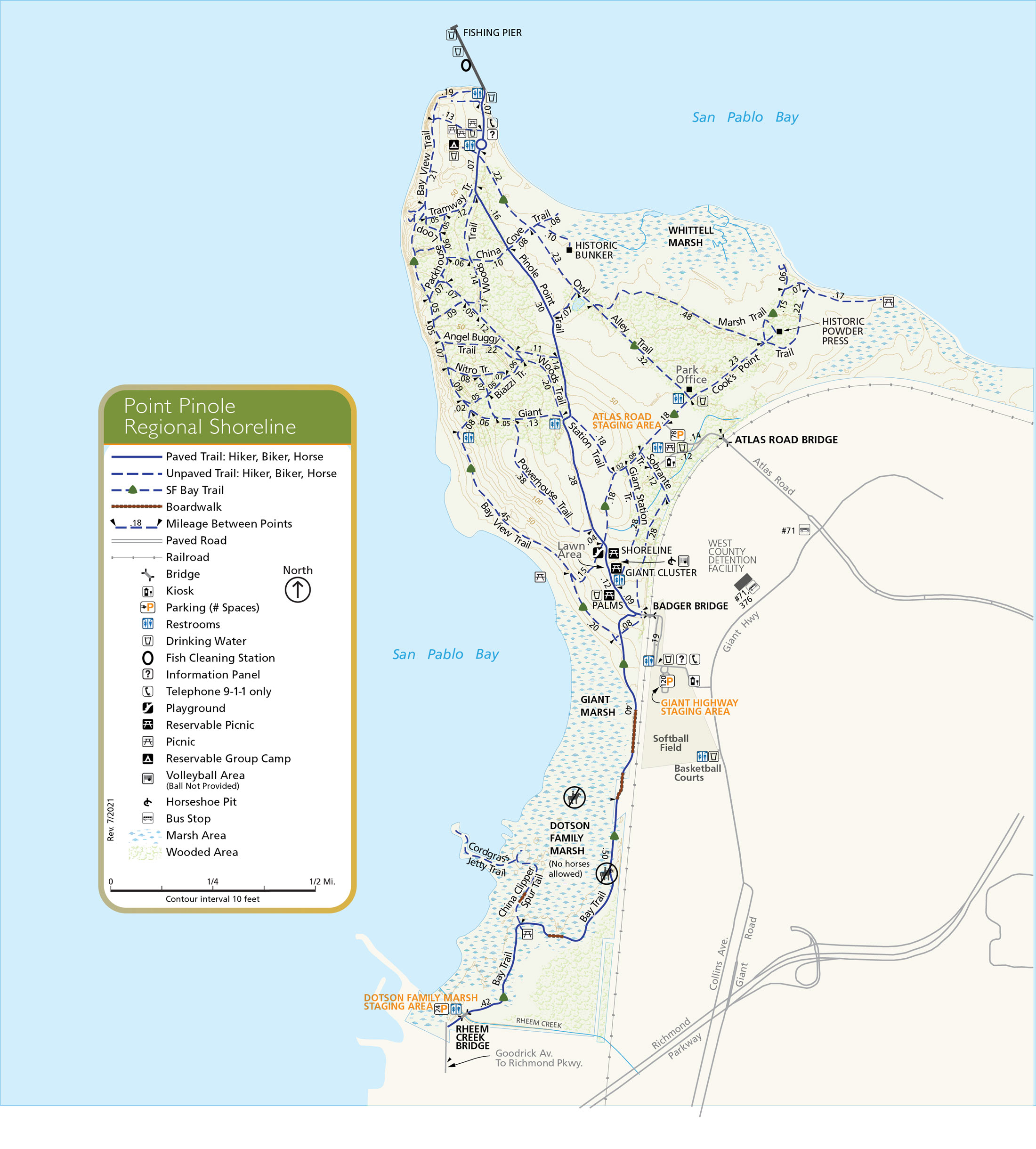 There are wheelchair accessible restrooms and a paved shuttle trail in the park.

Point Pinole Regional Shoreline features over 100 species of bird due to a myriad of habitats within its 2,315 acres. Bird life can be found on sandy shores, marshland, eucalyptus groves, meadows, and in a fresh water pond while meandering along the park's twelve miles of trails. To see a list of common species in the park.

The eucalyptus woodlands, originally planted as a buffer against potential explosions, now shelter wildlife instead, such as deer, hawks, owls, Monarch butterfies, and many other species. Shorebirds wade at the beaches, and the salt marshes are home to song sparrows and harvest mice.

Point Pinole opened to the public in 1973 after a long process of acquiring the property from Bethlehem Steel. Bethlehem had acquired the land in the early 1960s from Atlas Powder Co., one of several firms that had manufactured gunpowder and dynamite there for almost 100 years. 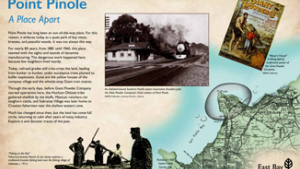 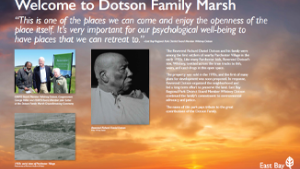 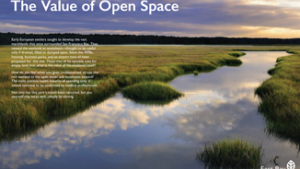 The Value of Open Space 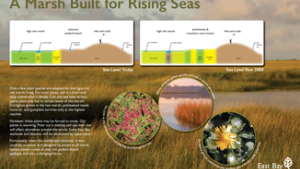 A Marsh Built for Rising Seas