Climate Actions in Our Parks

The East Bay Regional Park District is responding to our climate change vulnerabilities: Drought, Wildfire, Sea Level Rise, Flooding, Extreme Heat, and Pest & Disease, through project and management processes. All park projects follow sustainable design standards such as those in the California Green Building Standards Code 2019. Examples of specific projects and initiatives that highlight our commitment to sustainably managing park resources in a changing climate include: 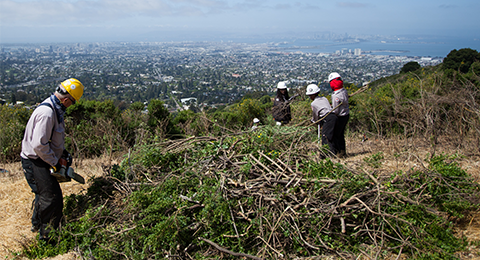 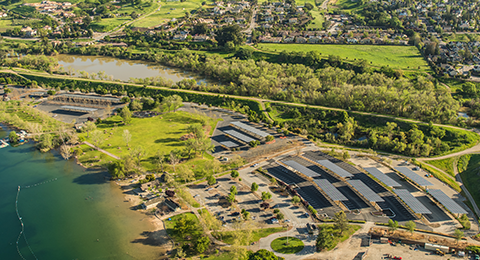 The project includes solar panels that will generate 1.2 megawatts of energy annually – enough to offset electricity use for almost the entire Park District – along with three electric-car charging stations, a new recycled water line, and planting of native trees. This new solar carport system will also provide much-needed shade for the parking lot at Shadow Cliffs. We are thrilled to undertake this important new project, which will save energy, water, and money for decades to come.

Grazing in our Parklands 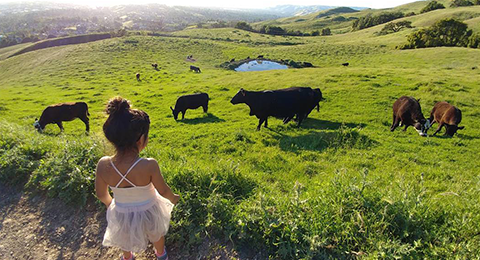 The Park District supports grazing throughout our parklands, which helps reduce fire hazards by reducing and controlling the amount of potential fuel for wildfires, in addition to benefitting plants and animals. About 65 percent of Park District land is grazed by 6,000 cattle, 1,500 sheep, and 1,600 goats, spread out over about half of the Park District’s parks at any given time. Cattle stock ponds provide high quality habitat for several threatened and endangered wildlife species and serve as critical water sources for wildlife during drought. The Park District is installing solar water pumps to reduce energy use and better distribute grazing animals on the landscape for fuels management. Interested in seeing animals grazing in the parks? Here is a list of the parks which support grazing. 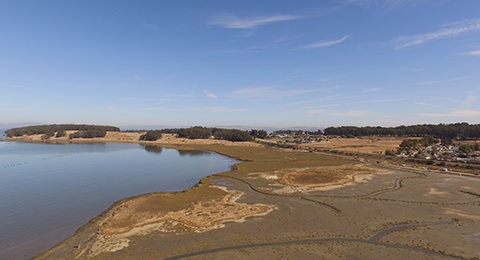 For this project’s history and impact on environmental equality, check out this article from the National Recreation and Park Association. 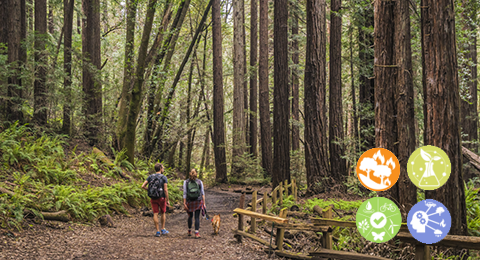 Redwoods are native to Northern California and have adapted to the climate in this area. Redwoods are able to use the fog which rolls through the hills for water and are one of the most productive plants at taking carbon out of the atmosphere and storing it in the land. Redwoods also add to the Park Cool Island effect by providing shade and absorbing the sun’s energy. Parklands on average are 2-5°F cooler than city spaces. The Park District is committed to protecting native redwoods for Bay Area climate resiliency and biodiversity.

At Roberts Regional Recreation Area, we are restoring and protecting our Redwoods by partnering with Save the Redwood League. View the Bay Area’s redwood past at the Old Growth Redwood Heritage Viewing Deck and Interpretive Exhibit at Roberts and remember that Redwoods also protect our future in a changing climate. 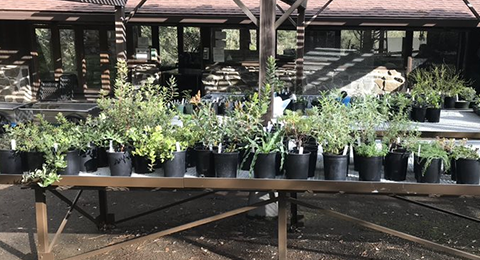 Pest control and disease prevention, such as sudden oak death, are top concerns throughout the District and at our Botanic Garden in Tilden Park. The Botanic Garden hosts plants from the 10 geographic regions throughout California with events, classes, tours, and publications from the Friends of the Regional Parks Botanic Gardens. The Botanic Garden is implementing new best management practices, such as using new pots, sterilizing soil, and elevating plants on metal tables to prevent the spread and transfer of disease. The Park District has a dedicated Integrated Pest Management (IPM) team focused on prevention and control of pest and disease as well as an interdisciplinary working group that meets regularly to discuss emerging issues. 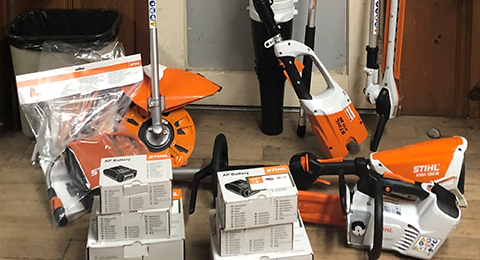 The District is currently piloting replacing gas powered small tools such as leaf blowers, trimmers, and saws with electric models in an effort to reduce noise and emissions in our parklands.

Electric tools can be used during high fire risk days adding to our District’s effort to protect the land from wildfire and reduce the amount of fuel in the parklands. 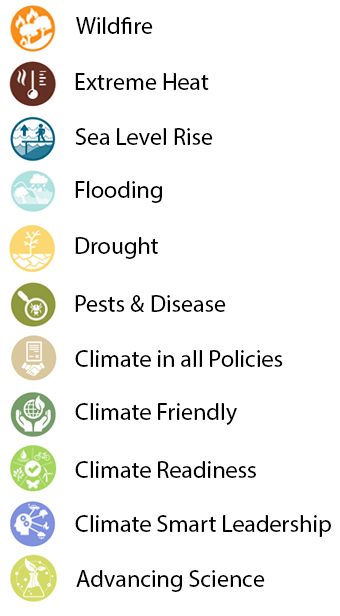