The lands managed by the East Bay Regional Park District have a rich history and diverse cultural background. Cultural resources include archaeological, historical, and scientifically valuable sites, areas, and objects. The District has a responsibility to preserve the legacy and the history of the peoples who occupied this land before the District was established and park properties acquired, as well as to preserve the history of the District itself. Within the regional parks are some of the finest remaining Native American sites in the Bay Area. Native American descendants treasure these remnants of their ancestral heritage and look to the District for their continued protection. The parks also contain many historic features, including buildings, corrals, springs, and foundations in use today, that serve to educate citizens about the early settlers who carved an existence out of the land in the East Bay.

Native American
The Bay Region was occupied for more than 13,000 years prior to European settlement.
Native people -- Ohlone, Bay Miwok, and Northern Valley Yokuts -- found plentiful wildlife and plant resources for hunting and gathering along the Bay's extensive shoreline marshes and creeks, and in the oak savannahs and grasslands of the east bay hills. Native peoples left their mark at village sites, on tools and rock art. During the past 150 years, many of these sites were lost as a result of the massive agricultural, industrial, and residential developments that have so changed the landscape. Many of identified sites and cultural features have been preserved within the regional parklands. Such sites may include seasonal encampments and more permanent village sites, containing middens or shellmounds, bedrock mortars or food milling sites, traditional ceremonial sites and native rock art. These provide clues to the lives of the bay area's original inhabitants, and are important parts of the living culture of their descendants today. It is important that these sites and artifacts be understood, respected and protected.

European Settlement
Following the Portola expedition of 1769 and several later explorations, Spanish priests and friars founded a number of missions in the Bay Area: San Francisco's Mission Dolores in 1776, Mission Santa Clara in the South Bay in 1777 and the Mission San Jose in present-day Fremont in 1797. With the establishment of the missions the traditional Indian way of life disappeared rapidly.

When Mexico became independent from Spain in 1821, California became a Mexican territory; and beginning in 1824 and over the next 20 years, mission lands were secularized and divided up into large land grants or ranchos to encourage settlement by Mexican Californios with names like Vallejo, Peralta, Estudillo, Castro, Bernal and Martinez. These lands became U.S. territory after the end of the war with Mexico in 1846; and, following the discovery of gold in California two years later, and gradual settlement of the east bay in the second half of the 19th century, the ranchos were further subdivided into American ranches and towns.

Many of the East Bay Regional parklands still preserve many barns, corrals and other structures from the 19th century American ranching period. The Ardenwood Historic Farm is one excellent example. Remnants of other historic uses, such as the historic Somersville and Nortonville coal mines (Black Diamond Mines), the Atlas and Giant powder works (Point Pinole), and one of the original San Francisco ferry docks (Ferry Point at Miller Knox) are also preserved in the parks.

The preservation, stewardship and interpretation of cultural resources from all eras of the east bay's past is an important part of the Park District's mission.

The District will maintain a current map and written inventory of all cultural features and sites found on park land, and will preserve and protect these cultural features and sites "in situ," in accordance with Board policy. The District will evaluate significant cultural and historic sites to determine if they should be nominated for State Historic Landmark status or for the National Register of Historic Places; may acquire cultural and historic resource sites when they are within lands that meet parkland acquisition criteria; and will maintain an active archive of its institutional history and the history of its parklands and trails.

Park District Naturalists offer many interpretive programs on both natural and cultural resources in the East Bay Regional Parks. You can find a schedule of these programs in the District's publication, Regional in Nature Activity Guide, and at EBParks.org/RIN.

Coyote Hills Regional Park
Naturalist-guided tours of an original Ohlone shellmound and reconstructed village site.
Interpretive exhibits of original native inhabitants and their way of life, including tule reed boats, clothing, baskets and tools. Site of the annual Gathering of the Ohlone people.

Point Pinole Regional Shoreline
Site of Ohlone coastal villages; later part of the Rancho San Pablo (Francisco Maria Castro). Between 1892 and 1960, Point Pinole was the town site of the Giant Powder Company, which manufactured dynamite there.

Black Diamond Mines Regional Preserve
Located in the territories of the Chupcan, Volvon and Ompin (Bay Miwok) tribes. From 1850-1900, this was the site of the largest coal mining operation in California, and the five towns where miners lived. The Rose Hill cemetery is the final resting place of inhabitants of these towns, may of whom died in epidemics and mining accidents. Visitors can tour the underground visitor center in the Hazel Atlas Mine, where sand was mined for the manufacture of glass from the 1920s-1940s. 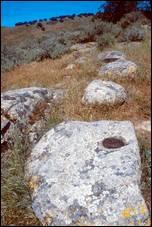 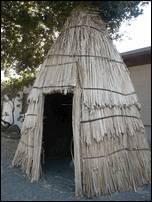 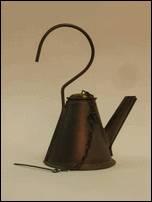 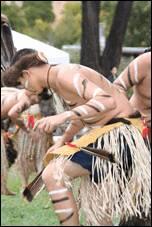 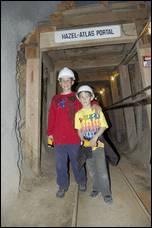