The East Bay Regional Park District celebrated the opening of the Iron Horse Trail extension, from the Dublin/Pleasanton BART Station to Santa Rita Road in Pleasanton, with an official dedication ceremony at the Creekside Park in Pleasanton on Tuesday, August 19.

About 125 people attended the ceremony and ribbon cutting. The completed trail segment in Pleasanton closes a 1.6-mile gap in the Iron Horse Trail. Currently, the Iron Horse Trail extends a total of 32 miles from Marsh Road in Concord to Isabel Avenue at the Pleasanton/Livermore border, connecting 9 communities. The Iron Horse Trail is the result of “almost 30 years of efforts by the East Bay Regional Park District, agency partners, elected officials and communities to gain support and the critical funding to make it possible,” said General Manager Robert E. Doyle.

The trail extension is part of the East Bay Green Transport Initiative, and it was funded in part by a U.S. Department of Transportation’s Transportation Investment Generating Economic Recovery II grant (TIGER II), with additional funding by the Caltrans’s Environmental Enhancement and Mitigation Program, the Alameda County Transportation Commission, the voter-approved 2008 Measure WW, and the City of Pleasanton. The total cost of the project was $5.3 million.

“It is pretty exciting to see this trail extended in a way that really involves the whole community,” said 15th District Congressman Eric Swalwell, who represents San Ramon, Pleasanton, Hayward, Livermore, and Dublin, among others. Many of those communities are linked by the Iron Horse Trail. “Growing up in Dublin,” he said, “the Iron Horse Trail was practically my backyard.”

The Department of Transportation awarded the Park District a $10.2 million TIGER II grant in October of 2010 to support projects that allow the construction of trails, bike, and pedestrians connections and to fill in several gaps in the trail system that runs across Alameda and Contra Costa Counties. The goal is to provide the communities with “safe, affordable, and environmentally sustainable transportation choices,” said Department of Transportation Secretary Ray LaHood during the 2010 announcement of the grant.

Senators Barbara Boxer and Diane Feinstein were key advocates and supporters of the proposal that won the DoT grant, while Jerry Thorne, Mayor of Pleasanton and Dan McElhinney, Caltrans Chief Deputy District Director, among other elected leaders, including Beverly Lane and Ayn Wieskamp, East Bay Regional Board Members, played strategic roles in the completion of the Iron Horse Trail as it is now. “This project is an outstanding example of local public agencies working collaboratively towards a common goal. Some had wondered if they'd live to see this trail completed in their lifetime, and today a major and significant part of the dream is realized,” said Board President Wieskamp.

The Iron Horse Trail was formerly the right-of way used by the San Ramon Branch Line of the Southern Pacific Railroad from 1891 to 1978. This Line extended 20 miles from Avon, near Martinez, to San Ramon. The railroad tracks were removed in 1979 and development of the Iron Horse Trail began in 1986.  The multiuse paved trail will eventually cover a distance of 55 miles connecting Livermore to Suisun Bay. 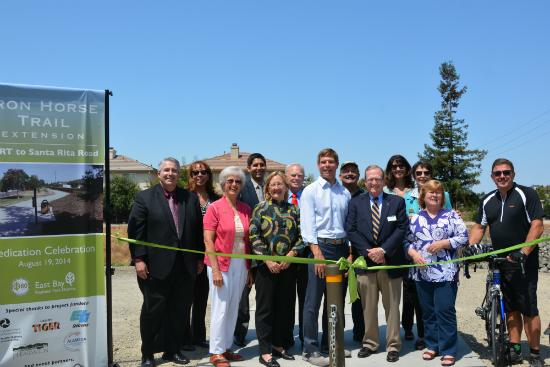 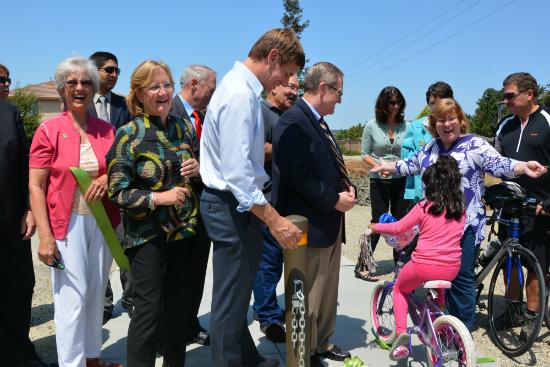 The East Bay Regional Park District is a system of beautiful public parks and trails in Alameda and Contra Costa counties east of San Francisco Bay, established in 1934. The system comprises 114,000+ acres in 65 parks including over 1,200 miles of trails for hiking, biking, horseback riding, and nature learning. 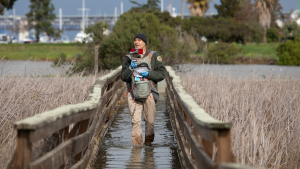 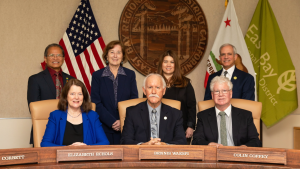