Historic Sites in the Park District

Patterson House at Ardenwood Historic Farm was listed on the National Register of Historic Places (NRHP) in 1985, the same year the Park District began operating the property as a fully functioning, turn-of-the-last-century farm. Home to three generations of the Patterson family, it began as George Patterson's bachelor farmhouse in 1857. The house was expanded with a Queen Anne addition in 1889. Today, costumed docents conduct house tours in keeping with the family’s nineteenth-century era.

Black Diamond Mines, the site of California's largest coal mining operation, is another NRHP-listed property. Nearly four million tons of coal ("black diamonds") were removed from the 1860s through the turn of the last century. Despite its significant impact on California's economy, coal mining operations ceased due to rising production costs and the exploitation of new energy sources. In the 1920s, mining for sand began at the Hazel-Atlas silica sand mine near the deserted coal mining towns of Nortonville and Somersville. More than 1.8 million tons of sand were mined before mining ended in 1949. Today, tours of the Hazel Atlas Mine and a new Coal Mine Experience exhibit provide an immersive experience, giving visitors a taste of the park’s coal and sand mining eras.

Alvarado Park, located at the northern end of Wildcat Canyon Regional Park, was included in the NRHP in 1992 due to its unique history and depression-era Work Projects Administration (WPA) stonework. Alvarado Park (formerly Grand Canyon Park) was privately owned until 1923 when it was purchased by the city of Richmond. The stone masonry seen today was constructed during Richmond’s ownership through various Depression-era work programs. The park was transferred to the Park District in 1985 and is considered a unique variation on the National Park Service-style of “rustic park architecture.” Some remnants of its former buildings remain as extensive stonework, including stone walls, stone light standards, and a beautiful stone arch bridge across Wildcat Creek. 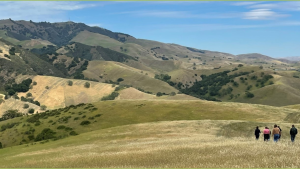 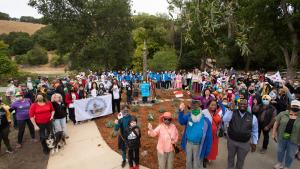 Join us for an uplifting program of music, poetry, messages of peace, and a lakeside walk.
Read More
Image 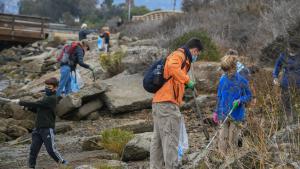 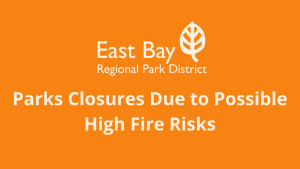 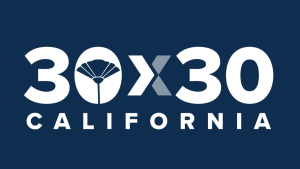 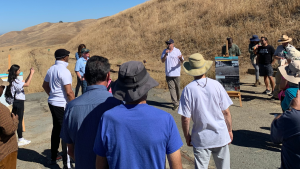