Oakland, CA – With early season atmospheric rivers bringing much needed rain to the Regional Parks, wild mushrooms–including the toxic death cap mushroom–are beginning to fruit in the East Bay. It will be a prolific year for all fungi, which are an ecologically important part of our parklands. Some of them contain dangerous toxins, with two of the world’s most toxic mushrooms, the death cap (Amanita phalloides) and Western destroying angel (Amanita ocreata), both found in the Bay Area during the rainy season.

The death cap and Western destroying angel mushrooms contain amatoxins, molecules that are deadly to many animals if consumed. Symptoms may not appear until up to 12 hours after consumption, beginning as severe gastrointestinal distress and progressing to liver and kidney failure if treatment is not sought immediately.

East Bay Regional Park District Naturalist Trent Pearce documents and teaches about fungi in the Bay Area. “Both of these mushrooms are mainly associated with oak trees and can be found growing anywhere oak roots are present.” Pearce warns. “They can also be lethal to humans and pets if consumed.”

Usually fruiting in fall, the death cap is a medium to large mushroom that typically has a greenish-gray cap, white gills, a white ring around the stem, and a large white sac at the base of the stem. Although the death cap is mainly associated with oak trees, it has been found growing with other hardwoods. It was accidentally introduced to North America on the roots of European cork oaks and is now slowly colonizing the West Coast. The death cap is not native to California.

“The best way to stay safe is to learn to recognize our poisonous mushroom species,” Pearce says. “Collecting mushrooms in East Bay Regional Parks is prohibited, but we encourage people to take photos of them and enjoy them like you would wildflowers or birds.”

The death cap and Western destroying angel can also be dangerous for pets. Dog owners should keep a close watch on their dogs during the winter months and contact a veterinarian immediately if they suspect their pet may have eaten a toxic mushroom.

While the death cap and western destroying angel mushrooms are responsible for most cases of mushroom poisonings in California, deadly toxins can also be found in Galerina and Lepiota mushroom species, which also occur in the Bay Area.

Join us online Saturday, January 29 and Sunday, January 30 from 11am to 2pm for the 6th Annual Tilden Fungus Fair. This year's event will livestreamed on the Tilden Nature Area Facebook and YouTube channels. The virtual event will feature presentations from local mycologists, the Bay Area mycoblitz, a cooking demonstration, and more! All ages are welcome and no registration is required. 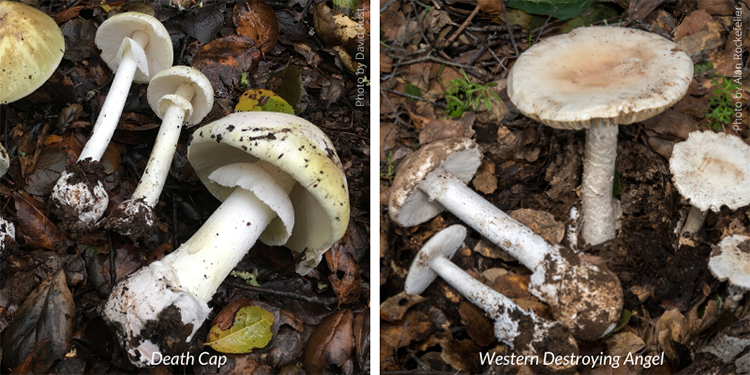 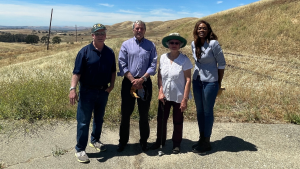 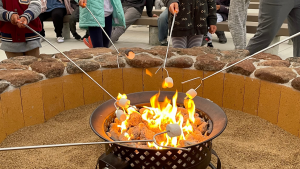 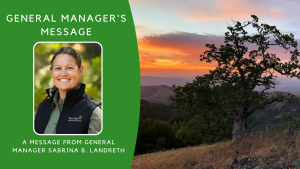 Whether you walk, ride or roll, help ensure everyone can enjoy the parks.
Read More
Image 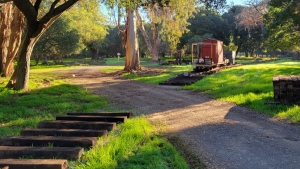 All aboard the farm train!
Read More
Image 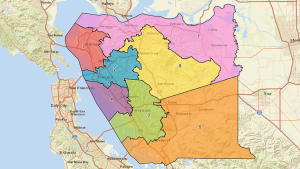 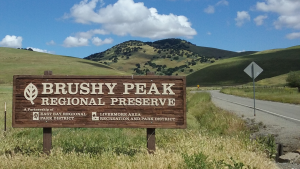