The unique nature of the East Bay Regional Park District began in 1934 when, in the midst of the Depression, voters imposed a tax of 5¢ for every $100 of property owned to fund the creation of a Public Resources Code 5500 Special Park District in the East Bay. This vote was precipitated by a survey commissioned by the Olmsted Brothers which highlighted the need to preserve land as parks. Women’s groups in the 1930’s notably advocated to turn out the vote through lunches with elected officials. In 1936, the Park District started with three parks on 2,166 acres. All three parks were located in Alameda County. The Park District annexed the majority of Contra Costa County in 1964. Today the District includes 73 parks over 125,000 acres. From 1934 - 1939 the Park District provided work for Civilian Conservation Corps and Works Progress Administration crews, whose skilled work can still be found in District infrastructure today. The Park District’s growth would not be possible without the public support it relies on for funding.

Currently, 87% of the Park District’s funding base comes from property tax, while the remainder comes from robust state and federal grants, as well as local parcel tax and bond measures.

Community support continued to grow as the Park District delivered on services and projects benefitting the public as the East Bay became increasingly urbanized. In 1988, over two thirds of voters in Alameda and Contra Costa counties voted to pass Measure AA to provide $225 million in bond funding for the Park District and local parks. This was the first bond measure for the acquisition and preservation of 34,000 acres of land. In 2008 72% of voters chose to extend the bond measure by passing Measure WW, providing $500 million in bonding authority. Measure WW included $125 million for a local grant program which benefitted municipal park departments and unincorporated areas of both counties during the recession. Also, voters in the northwestern area of the Park District supported a parcel tax to fund, maintain and enhance services, and provide staff by voting for Measure CC in 2004 and extending the tax with an 85.6% vote for Measure FF in 2018. 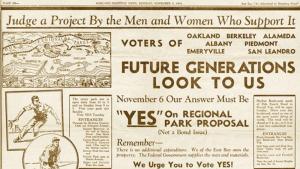 1934- Over two-thirds majority of Alameda County voters, during the depth of the depression, vote to tax themselves to fund East Bay Regional Park District.
Image 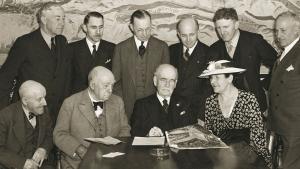 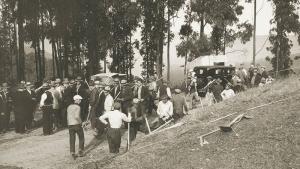 The Park District’s mission to preserve a rich heritage of natural and cultural resources and to provide open space, parks, safe trails, essential healthy activity and environmental education is more meaningful if the growing and diverse communities of Alameda and Contra Costa counties have the opportunity to enjoy the parks. To ensure this, the Park District has employed surveys since 1976 to understand the community’s needs and interests. The first survey identified a 94% user satisfaction rate of visitors. In comparison, the 2019 - 20 survey indicated a 99% satisfaction rate among visitors, even as annual visitation increases. 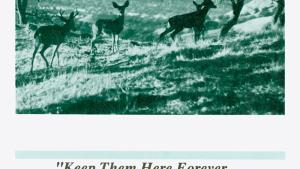 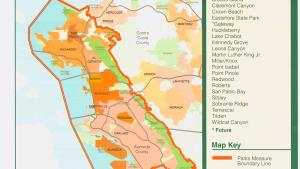 Voters pass Measure CC, a fifteen-year parcel tax measure, in the District’s western portion (Alameda-Richmond) for infrastructure, habitat preservation and fuels management in some of the District’s heritage parklands.
Image 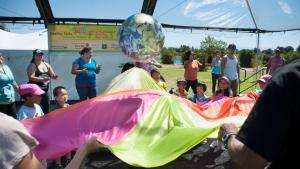