Ellen Corbett is the Board member representing Ward 4. Director Corbett was the majority leader of the California State Senate, representing the 10th District. She was first elected to the state Senate in 2006 and reelected in 2010. Previously, she was a member of the California State Assembly (1998 – 2004), a San Leandro City Council Member and Mayor of San Leandro. She has worked as an attorney, community college professor, and civic activist.

Director Corbett was born in Oakland and her hometown is San Leandro. She attended Chabot Community College and California State University, East Bay. She has a bachelor of science degree in political science from UC Davis and a law degree from the McGeorge School of Law at the University of the Pacific. 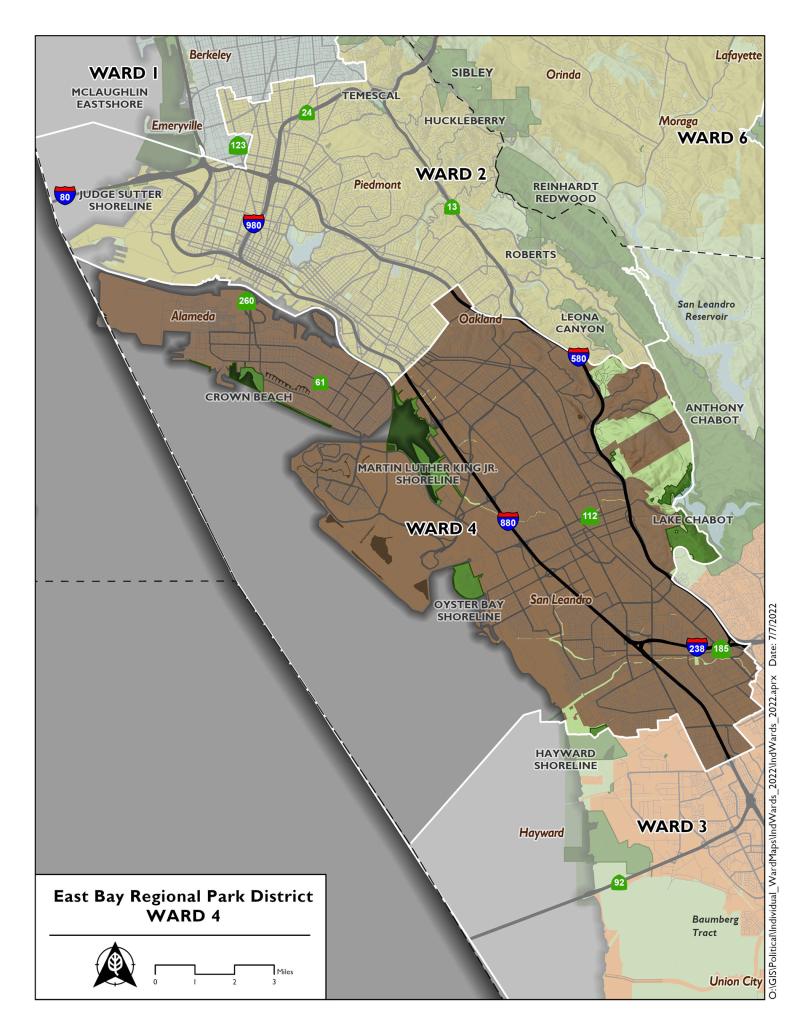