Beverly Lane is a Director of the East Bay Regional Park District with an extensive record of public service. She, her husband Jim, and three sons moved to Danville in 1973.

Director Lane has been active politically in support of the environment since she first walked door to door in Sacramento urging voters to support the proposed California Coastal Commission. She served on the Danville Town Council from 1982 to 1993, was mayor three times, chaired the Central Contra Costa Transit Authority in 1988 and was president of California Elected Women in 1992-93.

Elected to the EBRPD Board of Directors in 1994, she has led efforts to establish the Iron Horse Regional Trail, the Calaveras Ridge Trail, and Sycamore Valley Open Space Park. She is particularly interested in preserving cultural resources in the regional parks. In 2008-9 she served on the Community Advisory Committee reviewing reuse plans for the Concord Naval Weapons Station where a 2,500 acre regional park was planned. On June 1, 2021, the Board of Directors approved the name of the new park: Thurgood Marshall Regional Park – Home of the Port Chicago 50. 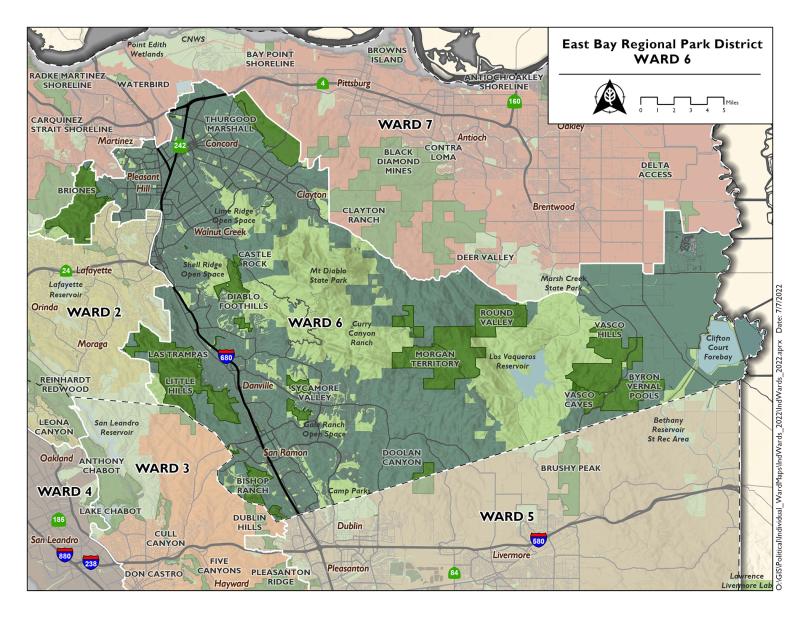